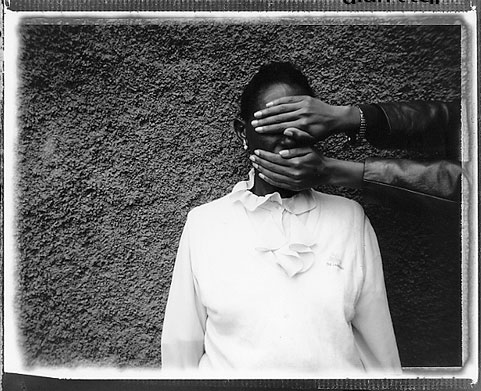 Images from “Ka Fitfitu Feetu (If I Could See Your Face, I Would Not Need Food)” by Eric Gottesman 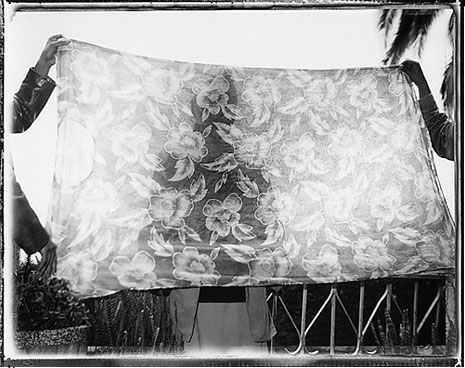 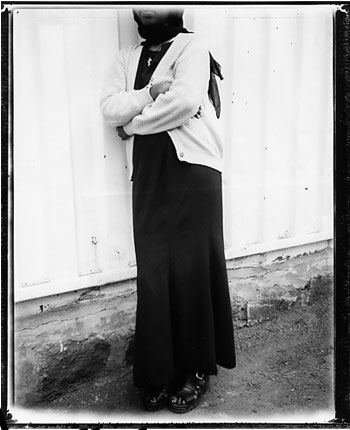 Often photographs are surrounded with large amounts of text and other images. Here the intention is to allow the reader to free the imagery from the constraining text by searching for a place to put the cursor that would make the text disappear. It was an invitation that was meant to acknowledge the constraints within which the people depicted lived, stigmatized due to their status as HIV-positive.

The piece, called “Ka Fitfitu Feetu (If I Could See Your Face, I Would Not Need Food),” was by photographer Eric Gottesman who had traveled to Ethiopia in 1999. He worked, in collaboration with an NGO, with people who were HIV-positive, having to depict them without showing their faces, since to do so would open them up to the scorn and rejection of their neighbors. People would not allow themselves to be photographed until Gottesman switched to Polaroid film so that it could be processed on the spot and they could immediately verify that their faces were not being shown. If they objected to an image, Gottesman would then destroy the negative. The photographs were then transported by van to Ethiopian villages and informally exhibited to create a forum for residents to discuss their attitudes toward those with the disease and to recontextualize them.

It may be that temporarily removing all contextualizing information allows a photograph to be reconceived by the viewer and to take a breath and assert its autonomy, less weighed down by the surrounding qualifiers. It may also be that doing so allows those depicted within the frame a similar freedom.