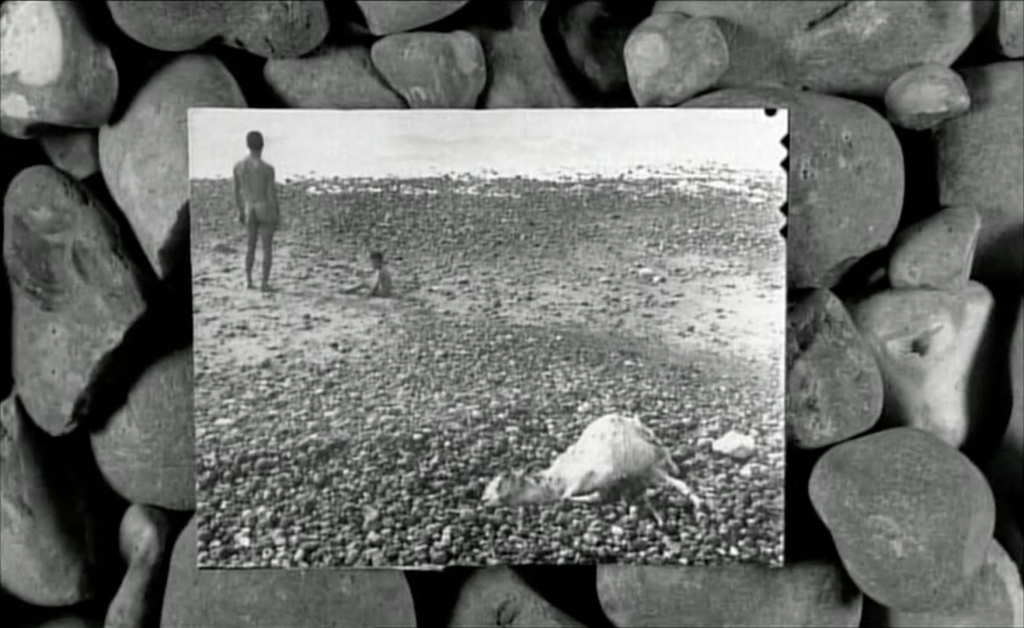 One of the best-known experiments in physics, the “double-slit experiment,” indicates that light is not just a wave, as was previously thought, but simultaneously has both wave and particle qualities.

Light, the stuff of photography, concurrently manifests both the wave-like continuity of the analog photograph and the particle-like discrete pixels of the digital image. Photography, analog and digital, plays with light but depicts the universe with differing assumptions.

In the Copenhagen Interpretation, only the act of observation would make this essential duality collapse into a single state. Photography also has been taken to collapse multiple states into a singular state of affairs (“the camera never lies”). In fact, a close reading would suggest that photographic observation is given too much credit for clarity, and instead often argues for multiple, overlapping states of being—not only physical, but also cultural and political. The image may appear to answer a question posed to it without noticing that it asks many more.

In photography’s case ambiguity’s collapse is usually aided—and often inappropriately forced—by captions that attempt to resolve the uncertainty by telling us, correctly or incorrectly, whether Schrödinger’s cat is alive or dead. (Without such a caption, based upon the photographic evidence, the cat might easily be thought of as appearing, quantum-like, both asleep and/or dead.) The caption is made to constrain the photograph into a single state rather than open it up to amplification. If a photograph is said to be worth a thousand words, very few of those words generally come to mind after a caption tells the reader what the photo is supposed to be about. Other kinds of captions, more ruminative and expansive, allow photograph’s multiple meanings to be sustained while still providing pertinent information, such as the date and place that the photograph was made.

For example, Agnes Varda’s short, 22-minute film, Ulysse (1982), is an extended reflection on a photograph that she made in 1954, In the film she interrogates the child in the photograph (now a grown man) about a situation that he no longer remembers, as well as the grown man in the frame who has his own difficulties recollecting what happened, and has an easier time remembering the clothes that he was wearing at that time than who he was. But she does not stop there—questioning the child’s mother, asking contemporary children what they thought of the boy’s drawing made some thirty years before, filming a goat as it eats the photograph, exploring events in the world of politics and culture from that time, and informing the viewer as to what she, the photographer, was doing then as well. The somewhat banal black-and-white photograph of a boy, a man and a dead goat on the beach becomes rich with multiple, overlapping meanings, freed from collapse.