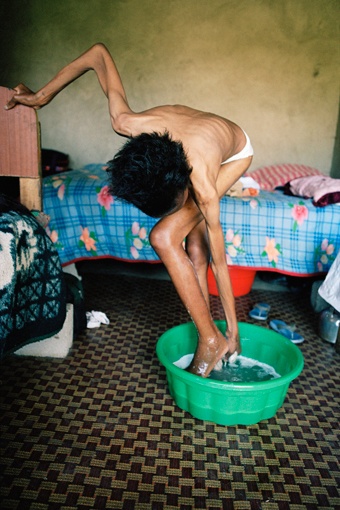 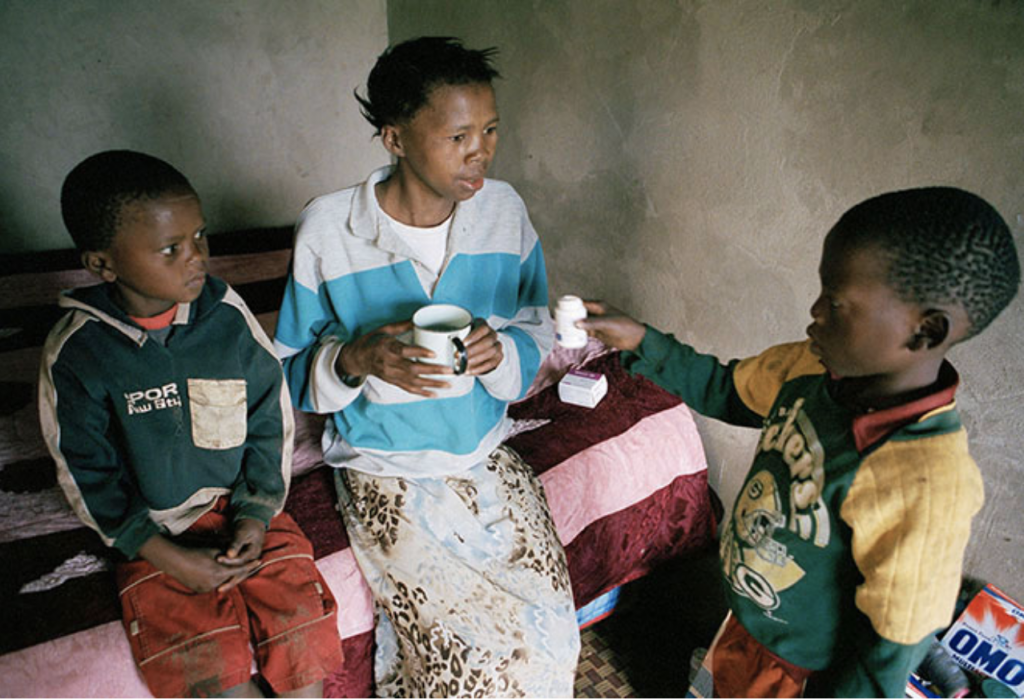 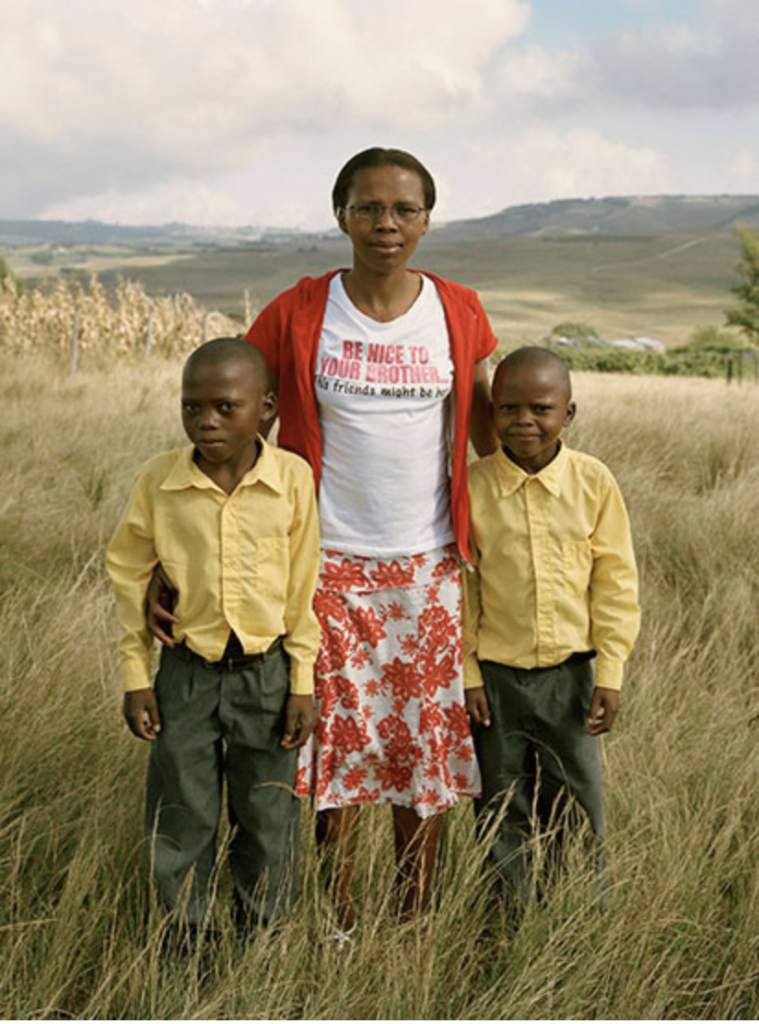 Beginning in 2003 a pilot program in South Africa called Siyaphila La (meaning “we are living here” in the Xhosa language) placed more than 1,100 people on anti-retroviral medicines at a cost of $270 per person annually. According to Annemarie Hou, director of communications at UNAIDS, “I think it would not be too bold to say his work helped us reach 8 million people on treatment today.”  Photographs by Gideon Mendel.

Journalistic photography is primarily reactive, depicting devastating events (war, famine, disease, natural disaster) as they happen, or their aftermaths, rather than making images proactively to diminish or avoid such cataclysms. As the world slowly begins to emerge from the throes of a devastating pandemic with enormous challenges looming ahead, the role of the photographer needs to be urgently reconceived.

For example, after a number of journalists had spoken at a 2012 conference in New York sponsored by the Dart Center for Journalism and Trauma titled “Generation Iraq: Journalists Confront America’s War,” a young Egyptian woman in the audience asked if the photographs that had been shown, many of them of violence, would be helpful as the Iraqi people try to heal themselves and resolve their own longstanding conflicts. The two prominent young photographers on the panel, both of whom had authored well-received books on the Iraq war, were flummoxed; one asked for extra time before responding, and then suggested that the question should be directed toward an academic, not toward the photographers themselves. No answer was forthcoming.

But the question directed at the photographers, posed another way, is extremely pertinent: Is there a photography of peace? There are enormous numbers of photographs, as well as books and exhibitions, on the conduct of war, but might we begin to pay equivalent attention to the multiple, perhaps less visually spectacular, efforts that go into the making of peace?

Beyond pictures that show war’s horrors as a warning to avoid violence (but may also seduce), of what would a more proactive photography of peace consist? Or, to enlarge the question, rather than photograph people dying unnecessarily from disease, is there imagery to be made that can help to proactively prevent such outcomes? Rather than wait for the next shooting deaths in America’s homes and streets, is there any way for images to help facilitate saner gun policies? As photographer and writer Robert Adams has put it: “The job of the photographer, in my view, is not to catalogue indisputable fact but to try to be coherent about intuition and hope.”

A number of photographers have been thinking about such questions, devising various strategies in a hybrid of journalism, documentary, and human rights. For example, when many in the West were skeptical about providing anti-retroviral drugs to Africans with HIV because they thought people would not be disciplined enough to take them consistently, the photographer Gideon Mendel visited a pilot project in South Africa where the drugs were being given, and showed the improvement in the patients over several years.

Annemarie Hou, director of communications at UNAIDS, commented on the impact of his work: “While devastation ‘sells’ it can become a spiral to continue to only show despair—Gideon has been able get people to respond to what is actually happening good and bad. His stories then are shared over and over to help show what is possible. . . . I think it would not be too bold to say his work helped us reach 8 million people on treatment today.”

Instead of concentrating solely on the sick and dying, a more proactive approach may allow people to lead healthier and productive lives. A similar project, Access to Life, was later carried out by Magnum photographers in collaboration with the Global Fund to Fight AIDS, Tuberculosis and Malaria, and raised one billion dollars to supply anti-retroviral drugs to people who would not have had access to them otherwise.

Others have worked with veterans and civilians to help them express their traumatic experiences of war, in the case of Monica Haller creating fifty books working with individuals whose imagery and text she helped them put together. Cameras have been distributed to orphans in Rwanda, the children of HIV-positive parents in Ethiopia, civilians in Iraq, children in Kentucky, and many other such projects that not only support non-photographers in therapeutic ways, but also enable others to better understand their experiences.

Such photographs of peace and healing may not be typically recognized by awards from the photographic community but may at times be the most important ones made.