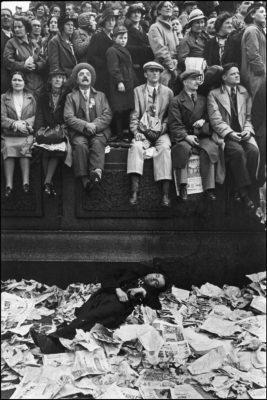 The Coronation of King George VI on May 12, 1937, by Henri Cartier-Bresson 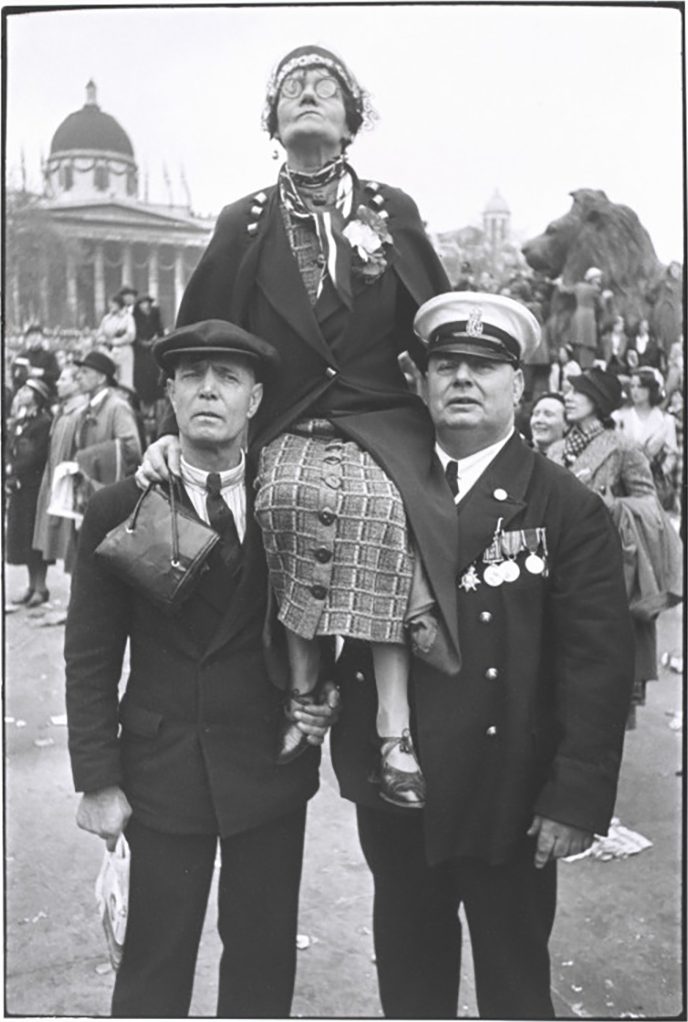 Henri Cartier-Bresson once told me to read four books, one of them being Zen in the Art of Archery. What I understood from the book was that the best way to hit the target is not by aiming, but by letting the target somehow come to you.

Or, rather than catching a butterfly by running after it with a net, one can hold the net and let it fly to you.

So that rather than photograph the event itself, it may make sense to concentrate on the ripples that flow from it. For example, there are those who photograph the stone hitting the water in the pond and rejoice in the camera’s ability to freeze the pivotal event in a fractional second. Then there are those who attend to the ripples that the force of the stone hitting the water produces, preferring to see the event’s significance in its impact on people and place.

When Henri Cartier-Bresson was offered an exclusive ticket to attend the coronation of King George VI in 1937 he would have had a scoop. But by turning it down to focus on the reactions of commoners in London who were lining the streets outside, he made some of his most memorable photographs — and did so for Ce Soir, a Communist daily.

He chose the ripples, not the stone.