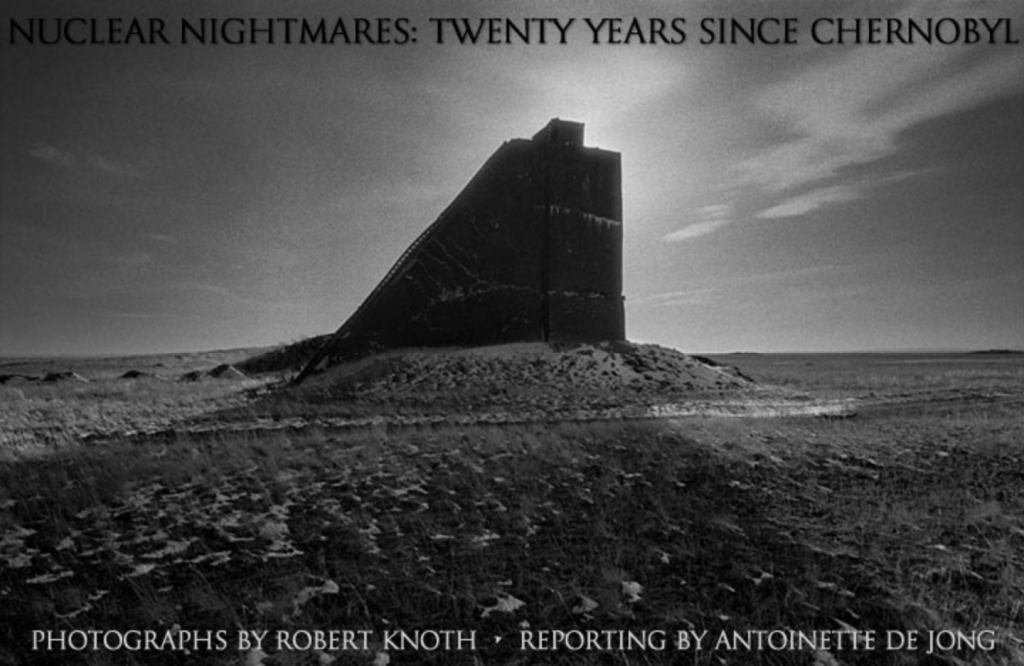 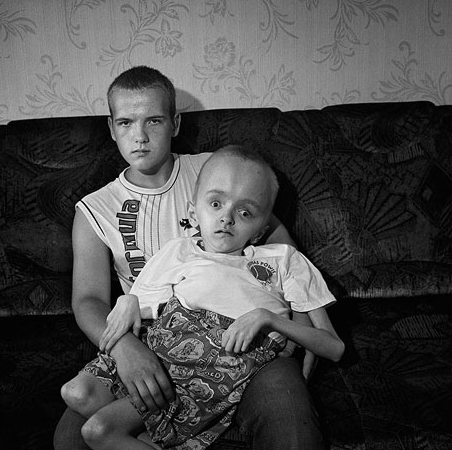 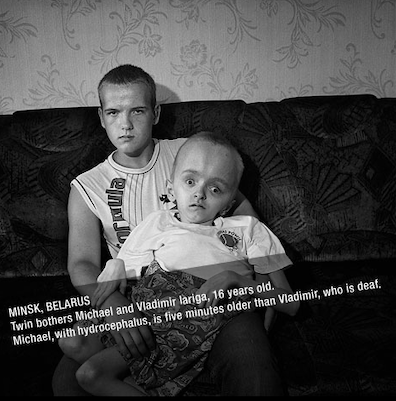 In this project by Robert Knoth and Antoinette de Jong on the impact of radiation on human health, in Eastern Europe, the captions were made invisible until the reader rolled the cursor over the image. Published at pixelpress.org in 2005, we wanted to encourage the reader to contemplate the multiple meanings of the imagery, and the humanity of the people depicted, rather than immediately having each labelled according to their illness.

The intent was to slow down the reader, particularly online where attention spans are exceedingly limited, so as to contemplate what had happened to these people made ill from radiation in their environments. The strategy asks for the photograph to be read, rather than to be defined by a pre-existing caption. And it helps to make explicit Roland Barthes’s idea of the “active reader” who collaborates with the author to determine meaning in the text or photograph, a fundamental principle of literary deconstructionism.

Half a million people came to the site, “Nuclear Nightmares: Twenty Years Since Chernobyl,” and looked at over three million screens; for a moment it became one of the 2,500 most visited sites on the Web. Online discussions began passionately debating the safety of nuclear power, commenting on the nineteen screens in the photo essay that depicted brain tumors and prostate cancer in teenagers, children with horribly enlarged heads suffering from hydrocephalus, a six-year-old girl who stopped growing at the age of three.

One photograph, of sixteen-year-old twins, one athletic-looking and the other with an enormously enlarged head, made perhaps the most telling visual comment of how far these young people’s lives had deviated from the normal. In another image, a young girl, Annya Pesenko, was confined, in agony, to her bed, needing twenty-four- hour attention, too ill with a brain tumor to sit up or even turn over. There was also a sixteen-year-old Russian boy photographed who stated, “I hope I will not have children who look like me.”

The responses to this project were moving. A retired assistant fire chief wrote: “There are no comments I can make to describe the depth of despair to which you have enlightened me and whoever sees this documentary.” A woman in Moscow responded: “I just want to thank you for the job you’re doing. My father was a scientist whose job it was to invent radiation measuring devices and other ecological control devices. He died in November of heart attack after radiation resulted in a heart mutation.” Someone else commented: “I happened upon this feature in the middle of the night, some- how awoken from sleep. I couldn’t get back to sleep for at least an hour afterward, and was haunted for days by what I had seen.”

According to Greenpeace, after an exhibition of this work in Kazan, Russia, received extensive media coverage, the provincial government of Tatarstan canceled plans to build a nuclear reactor. Later an agency of the federal government there launched a program to relocate families away from the banks of the Techa river, polluted by radiation. The publications of these images and text, in digital and analog forms (a book by Knoth and de Jong, Certificate No. 000358, was published in Europe), focused and stimulated debates on nuclear power in many countries as well as in the United Nations, and contested the points of view of certain international organizations as to its safety.

It may be at times that engaging readers rather than dictating to them, in this and other ways, activates not only a search for meaning but may provoke a more activist response as well.