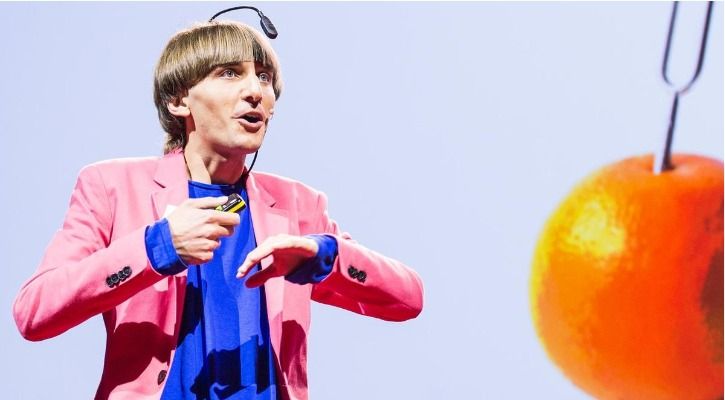 Cyborg artist Neil Harbisson, born color-blind, has created a system in which an antenna permanently attached to his head is able to read colors and allowed him to hear the spectrum.

The more profound revolution encouraged by digital media is not so much multimedia, but transmedia – the ability to output the underlying code of a photograph into any other medium. This, of course, is true of any digital medium, since computer code can be output in media different than the original one from which it was recorded.

The pioneering photographer Alfred Stieglitz was famous for his theory of Equivalents, the idea that a photograph may not be of its subject but of the photographer’s own emotional state (this idea was reflected in John Szarkowski’s exhibition, “Mirrors and Windows,” at New York’s Museum of Modern Art, in which he categorized much of fine art photography as mirrors of the photographer and the more documentary work as windows). Stieglitz made 220 photographs showing clouds and presented some of them as Songs of the Sky. Taking the cue, I recently used a program Pixelsynth to “play” the photograph that resulted, hearing what it might sound like. The dull, incipient roar that emanated from one of his images seemed somehow to reflect his vision, or more accurately his emotional state reflected in the photograph.

The Canadian David Rokeby was an early pioneer using the camera to generate sound from image as he gyrated in front of it during the 1980s. Similarly, the sonochromatic cyborg artist Neil Harbisson, born color-blind, has created a system in which an antenna permanently attached to his head is able to read colors and allows him to hear the spectrum, including colors beyond the range of human sight such as ultraviolet. By turning light frequencies into sound frequencies he describes himself as being able to listen to a Picasso, and compares visiting a supermarket to “going to a nightclub” considering the sounds that the visuals produce, and is particularly pleased when walking down the aisle containing cleaning products.

One can imagine jazz being turned into jazz paintings, or reading poems elicited from photographs of landscapes. It is not an accident that code-based digital media emerged just as we were redefining ourselves as code-based according to the discovery of DNA. The photograph of the phenotype, appearance, is most probably going to be only a small part of what we mean when we say “digital photography” in the future.

Undoubtedly, we will be outputting our genotypes in a variety of media, with a diversity of algorithms to select from. A reading of Paul Virilio’s Information Bomb also contains warnings as to the potentials for targeting racial groups according to their DNA.

From the points of view of both artist and ethicist there is much here to explore.